DIT - the Deutsch-Institut Tirol in Austria - was founded in 1981 by Hans Ebenhöh who is still the director and one of the teachers, too. We offer German language courses for adult foreigners above 18 all year round in combination with holidays in the mountains.  Starting with structured German lessons for beginners we slowly change to filling the gaps in student's German in higher classes.  DIT achieved accreditation status by the quasi-governmental body Campus Austria in 1993 as a language school for German.  It is a small school set in the Austrian Alps, surrounded by exceptional natural beauty. With (2021) exactely 40 years of experience of teaching German as a foreign language (since 1981;  Hans Ebenhöh even since 1978), we have improved our programme over the years in response to feed back from students. The school has grown in reputation since 1981, and welcomes students from all over the world. As a small school, we can offer a friendly and efficient service when you are inquiring and booking your course.  The office can be closed in the morning because of lessons (in case nobody answers the phone:  You are welcome to do that at any time afterwards).  None of our replies is automatic or computer generated - you will get a swift, personal and friendly response.

Where is DIT? - About our town Kitzbühel

DIT is in Kitzbühel in the Austrian federal state Tirol (Tyrol) in the southern German speaking area close to the border of Bavaria, South Germany.    Kitztbühel is a small, ancient town in the Alps in the mountainous western part of Austria. It is internationally famous because of the annual World Championship Downhill Ski Race, Super G and Slalom. Kitzbühel is also host to the Austrian Tennis Open Championships, Oldtimer and Harley meetings, golf as well as tennis tournaments etc. The town itself is therefore well served by trains, buses and roads, as well as being an attractive alpine town surrounded by mountains.

The school is set in a leafy suburb of the town, a 15-20 minute walk from the centre. This is a convenient location, with some guest houses to accommodate students, supermarkets, hairdresser, fitness, large sports equipment and clothing stores, pubs, restaurants and a bank within a 3-7 minutes walk from DIT. There are also tennis and golf courts and a riding school within walking distance from the school.
There are bus stops all over the town, taking skiers to the slopes. Our nearest bus stop is a four minute walk from the school.

From the airport of Munich/Southern Germany it is a bit less than a two hours drive to Kitzbühel, from the airports of Innsbruck or Salzburg (both Austria) you drive about one hour (airport taxi services, trains, busses available). Kitzbühel is lying somewhat in the middle between these three places. 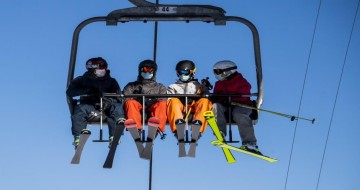 Learning German in times of the Covid-19 pandemic is possible again in Austria. Learn German and ski in Kitzbühel until mid-May

Information about Covid-19
New - Our Newsblog 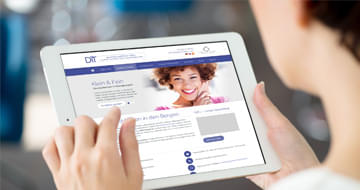 How much is a German language course in Austria? We offer spring specials, early bird bonus and special courses for young adults and seniors

The DIT Weekly Intensive German Group Course of any number of weeks has classes of an average of 3 persons per class.  Learn German (Standard/high German) in tiny classes in the mountains of Tirol/Tyrol in Austria.
details